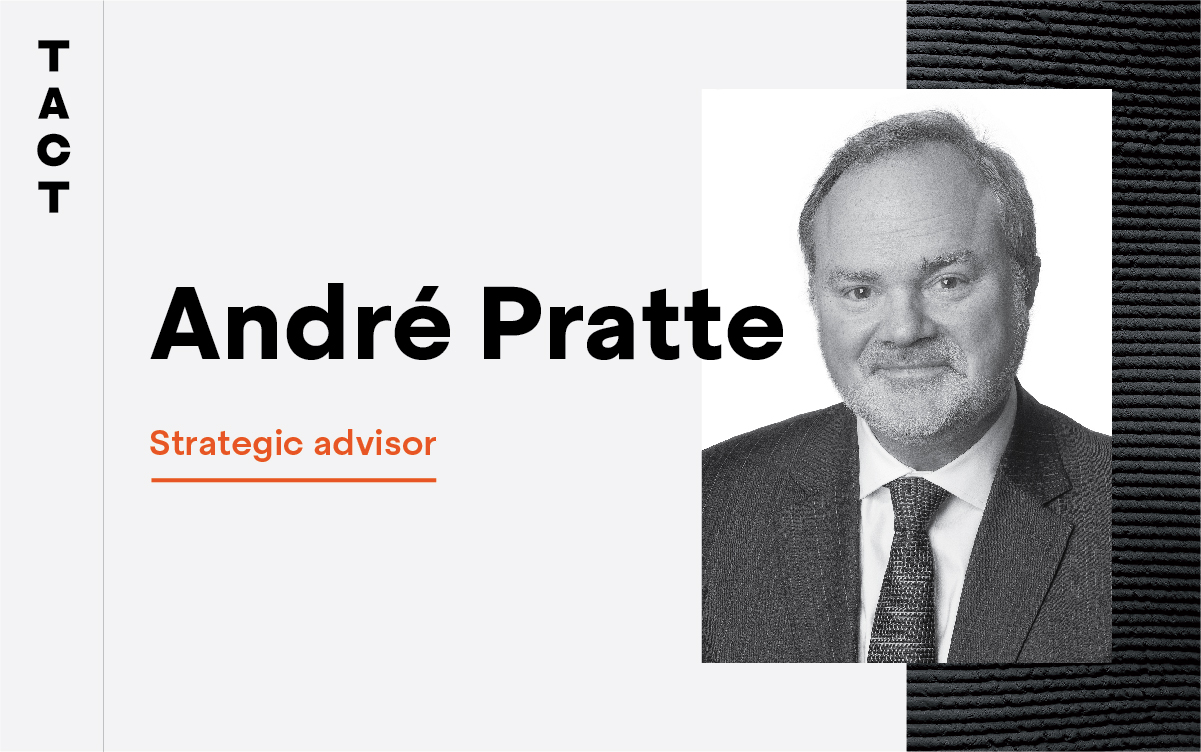 TACT, a public and government relations agency, is very proud to welcome André Pratte to its team in the role of strategic advisor. His vast experience and in-depth knowledge of the media and Canadian and Quebec politics make him a key asset for our company.
A journalist for over 40 years, André Pratte spent most of his career working for Montreal’s La Presse, where he occupied several positions, including chief editorial writer from 2001 to 2015. It is while occupying this role that he distinguished himself as a three-time National Newspaper Award recipient.

The author of numerous books on journalism, politics and history, André Pratte was a signatory of the 2005 manifesto titled Pour un Québec lucide (For a Clear-Eyed Vision of Quebec) alongside Lucien Bouchard and other prominent Quebec figures.
Appointed senator in 2016, André Pratte made his mark during his three years serving in the Upper House by demonstrating outstanding leadership when dealing with important issues.

“Thanks to his leadership and exceptional qualities, André possesses valuable assets that will benefit our entire team and will also allow TACT to develop and consolidate its expertise in the media, public and political sphere.”